In the last post, I started a series featuring our volunteer’s success stories from different regions of the country. These volunteers are members of the Kataru concepts and SAWBO network in Kenya. They are part of the team that’s been disseminating SAWBO animated videos to farmers, community based organizations (CBOs), self-help groups, and other members of their communities.

In our network, we encourage volunteers to start by accessing the videos from the online library using the 3GP App, watching to internalize the processes captured, and then sharing to target groups. Surprisingly, the “internalization” of the information does not stop with the sharing, but extends to the volunteers family farms and gardens! On these farms, volunteers use the acquired knowledge to transform their practices in crop care, animal husbandry, and other lessons learned with brilliant results.

In today’s feature, the volunteer is Janet Boke, a schoolteacher from Kuria west in Migori County. Janet has worked with our network as a county coordinator, and volunteer where she helps coordinate activities in five counties in Nyanza region. Just like all professionals based in rural Kenya, Janet has a farm where she practices mixed farming. She confides that she’s a proud SAWBO network Kenya member who keeps poultry, chickens, grows sweet potatoes, cassava, ground nuts, maize and beans.

The following are Janet’s exact words while describing her journey disseminating SAWBO animated videos and growing the network.

“l learned about SAWBO through a friend who had met James Kamuye Kataru in Bungoma county, western Kenya. She explained to me how she had learned from him about great videos in an online library that farmers could access free of charge and use the information on their farms. This information came at a time when I was struggling with lots of guess work on my farm. I didn’t know exactly what to do to improve yields. Since then l have watched lots of SAWBO videos, gained a lot of good information which I used on my farm and shared with my friends, workmates, neighbors, and groups I belong to. SAWBO has completely changed my life and the way I do my farming in a big way,” shares Janet.

When asked about her farming experiences before she knew SAWBO, Janet says, “Initially l used to waste lots of grains after harvest due to poor storage techniques. Weevils would invade the grains at an early stage after harvesting which forced me to use chemicals which irritated my family when eating food stored using the chemicals. Weevils also lowered the quality and value of my grains. I couldn’t make good money when taken to the market.”

After learning of the jerrycan bean storage video, and watching the animation video on using PICS bags, Janet confides that post-harvest loses are no longer her nightmare. In SAWBO animated videos, she found ways to manage her loses and maintain grain quality while eliminating the use of harmful chemicals to preserve grains.

On Janet’s farm, she keeps chickens which gives her eggs, meat, and manure which she uses to plant her crops. After reading the Kataru Concepts blog post on protecting chicken against Newcastle disease, Janet learned that indeed the three chicken products, i.e. eggs, meat and droppings could also fetch her good money from their sales.

“My passion for farming made me to rear some chicken, but with little knowledge, the chicken used to die from Newcastle and other chicken related diseases, says Janet.

“After I read the Kataru Concepts blog on preventing Newcastle disease in poultry, and watched the listed video, I discovered several things I was missing out on my chicken farm. For example, I didn’t know it was so important to isolate new chickens bought for the market or brought from outside the farm even if they looked fine and healthy. I used to mix not knowing I was endangering my flock.”

According to Janet, SAWBO has led her to adopt a lot of good practices including;

Areas that SAWBO needs to address

The following are areas in Janet’s observation that need indulgence by SAWBO and animated videos created to address.

Janet’s story is one among many from our network volunteers that I will be featuring in this blog series. These stories prove that after three years of working with SAWBO animated videos in our communities, we have been the “first line of implementation” right before we engage the communities we come from. Many of our volunteers have been good examples for the community because they implement what they share and teach others to do. This is a trait that has made our network grow strong and spread widely. We simply believe in what we preach! 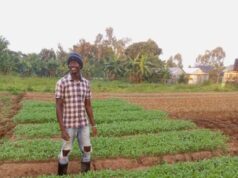 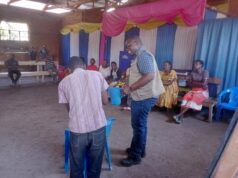 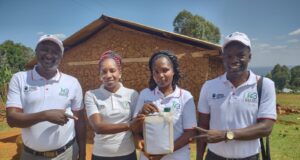