We are losing our forests and bushes to increased human activities such as clearing land for settlement and farming, logging for timber production, and using wood for cooking and other purposes. This has caused some rivers to have very little water flowing, or even drying completely. The Kenyan government legislation and bodies charged with the responsibility of protecting our forests are not sufficient without the involvement of the common mwananchi (citizen) who should be educated and actively involved in conservation programs and efforts.

The high demand for firewood and charcoal used for cooking has contributed to the loss of our forest cover. A task force report on forest resources management and logging activities in Kenya found out that by April 2018, the country’s forest cover was at 7.4% instead of a required 10% recommended global minimum. From this recommendation, we can say that indeed the war on stopping illegal forest and bush clearance activities can be won if baby steps are taken starting at the household. Families should also be encouraged to plant more indigenous trees and practice agroforestry, incorporating the cultivation and conservation of trees.

According to the SAWBO, Scientific Animations Without Borders, animated video on How to reduce firewood and fuel in cooking: Using rocks and a grate households can gain knowledge on how to use less firewood or charcoal by:

1. Using rocks in your cookstove.

Using rocks in your cookstove/meko allows air to circulate making the fire burn hotter and with less smoke. This means your food will cook faster. You will also save a third of your firewood when using rocks. But if you add a grate under your rocks, you’ll save the wood used by half.

2. Choosing and arranging the rocks.

When adding rocks, choose rocks that are about 5 cm in size which is about the width of three fingers. While arranging the rocks, they should not touch each other. Put them two fingers width apart to allow space for ash to drop to the ground. It is advisable not to use river rocks as they may explode endangering you and your family. Adding rocks reduces the amount of wood used by households considerably and eases pressure on our forests.

After arranging, place the wood on the rocks to help the fire burn hotter with less smoke. After putting out the fire, place the cooking pot/sufuria directly on the hot rocks which will continue cooking the meal for some time.

3. Putting a grate under the rocks.

When you put a grate under stones while cooking, it allows sufficient air circulation under the fire causing it to burn hotter with less smoke. That way your food shall cook faster. Adding a grate saves half of your firewood. The grate should be circular, about 22 cm in diameter (which is about the length of your foot) with legs 2 cm high (which is about the width of two fingers), to keep the grate a little off the ground to allow air to flow under it. You can then arrange small rocks on the grate leaving space in between so that they don’t touch each other. Place the firewood on the rocks.

4. Using rocks on a charcoal stove/jiko.

Rocks work in charcoal cookstoves, or jikos, too. This will save a fifth of your charcoal. You will have to arrange 1-2 cm rocks (about two fingers width) on the grate. Place them 1-2 cm apart (about the width of 1-2 fingers)then put the charcoal on the rocks. This will save you charcoal and money because you’ll need to buy and use less charcoal.

What to always remember.

After reading this post, please download and watch the video then share it widely with friends and family. It might take an individual to destroy our environment, but it requires an entire community to conserve nature and benefit future generations. That community starts with you, my reader. Markedly, this video animation is in English and Swahili. 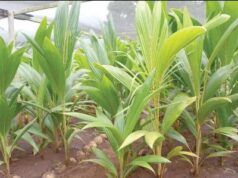 How to protect your chickens from Newcastle Disease

A beautiful ‘grain seeded’ day in the farming village. 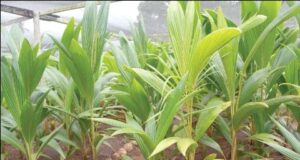